Handmade bracelet made of black onyx and howlite beads, each 6 mm in diameter, threaded on a highly durable silicone cord.

It features two 18K gold-plated beads and is ±20 cm long.

Howlite  got its name from the geologist Henry How. It is white in color, features gray veins and it has been widely used to imitate other rarer minerals. Due to its porous nature, it can absorb the dye very well. It is considered to protect against negative energy and the “evil eye”. 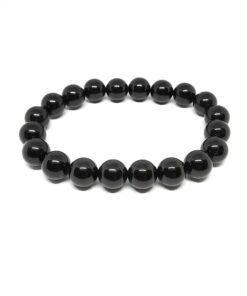 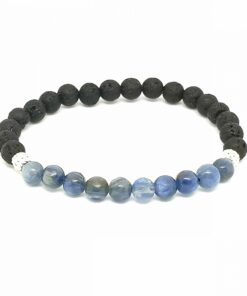