Coral is the skeleton of many small marine organisms that comprise a colony. These organisms are polyps, each a few millimeters in size. When a new polyp is born, it attaches its skeleton to the colony and thus expands it. In coral colonies, along with the polyps, some single-celled algae coexist, which photosynthesize and supply food to the polyps, and at the same time secrete pigments that color the colonies, i.e. the corals. Corals can appear in a wide variety of colors such as pink-red, beige, white, as well as black (Yusuri). It is supposed to fend off negativity and enhance sexuality.

Amber is a fossilized resin from pines and other conifers that are several thousands to millions years old. Although it is not a stone, but a hardened resin, it is used as a gemstone for the manufacture of jewelry and other decorative objects. Due to its beneficial properties it has been treasured as one of the most popular gemstones since ancient times. 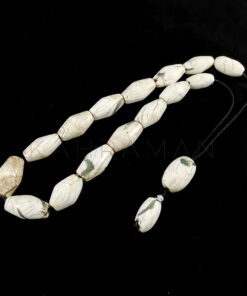 Antique komboloi made of Fossilized Sea Shell AN0027 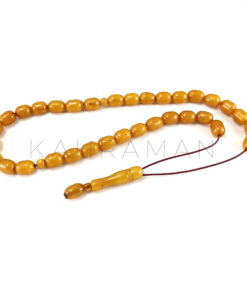 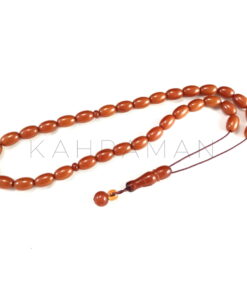 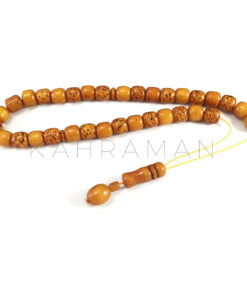 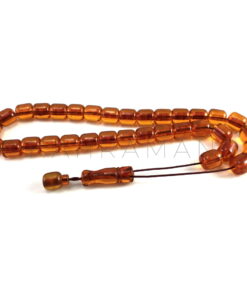 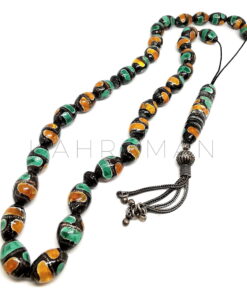 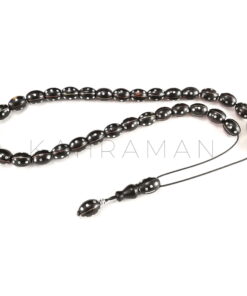