Handmade bracelet made of black onyx and tiger’s eye beads, each 6 mm in diameter, threaded on a highly durable silicone cord. 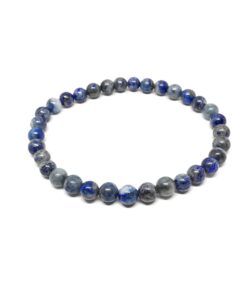