Handmade rosary made of lapis lazuli beads, each 10 mm in diameter, featuring a 24 mm x 15 mm cross made of sodalite. It comes with a certificate of authenticity. The photo may not represent 100% of the product features.

Sodalite is an aluminium mineral. It is deep blue in color with and features white and sometimes orange veining. It is considered to be the stone of spiritual transformation, balances spiritual disorders, soothes fears, worries and doubts. It has the ability to enhance the power of all blue stones when they coexist. It is mined in Brazil, Bolivia, Romania and Russia. 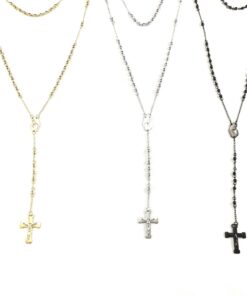 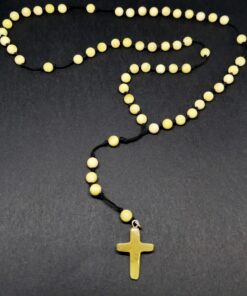 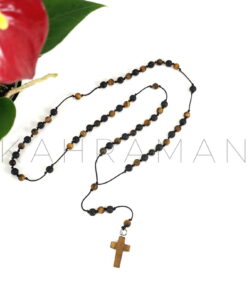 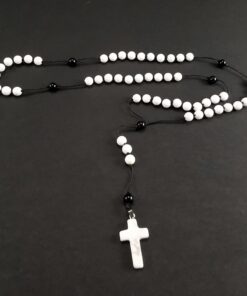